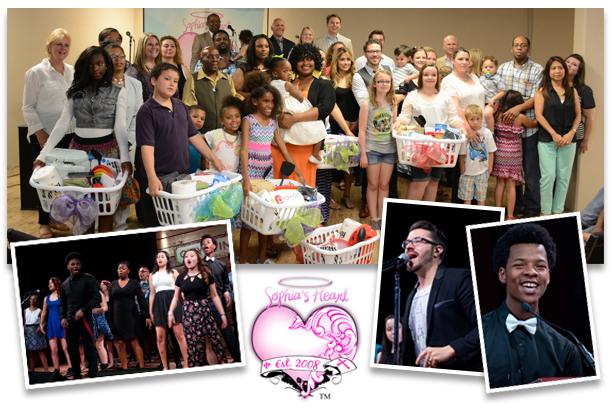 In 2008, former American Idol contestant, Danny Gokey established Sophia’s Heart in Milwaukee, WI in honor of his late wife, Sophia, who died from a heart disease she had since birth. Sophia’s Heart is a non-profit organization dedicated to helping children and families who have been affected by poverty, sickness, broken homes and broken dreams.

When the historic Nashville flood hit in May 2010, Sophia’s Heart opened a flood relief center in Antioch, TN to provide food, clothing, clean water, and supplies to flood victims. After 4 months of flood relief efforts, a 77,000 square foot hospital building located in East Nashville was donated to Sophia’s Heart where families experiencing homelessness have a place to go for six months to a year, receiving job and life-skills training, counseling, and education with the end goal of acquiring permanent housing and becoming self-sufficient. Recently Sophia's Heart was able to sell this building and acquire a 59-acre farm in the Antioch, TN area that will be in operation by early 2016.

Sophia's Heart also continues to provide an after school music and arts program in the inner city of Milwaukee and it hopes to do the same thing in Nashville along with its transitional housing services.

Request an on-site Pizza Bake in your store to sample our product and learn how we can help you grow your business.